Survival of Another Election Season

We survived another election season and an interesting one it was.  At the macro level, voter turnout nationally was huge with nearly 100 million people voting representing an increase of almost 25 percent over the last midterm.  The divide of the suburban vote and urban vote continued to widen with Republicans losing more ground in suburban districts but maintaining a stronghold in rural areas.  100 new members of Congress will be making their way to DC.  Of those 100, 63 are Democrats and 37 are Republicans.

While the Republicans held the majority in the Senate (and even gained a couple seats), the majority in the House flipped with Democrats picking up 37 seats.  This was not altogether unexpected but will create some interesting leadership changes in the House.  Nancy Pelosi certainly has the upper hand for Majority Leader.  The House Financial Services Committee will be chaired by Maxine Watters which will make for a much different tone than we’re used to out of this committee.

Regulatory relief does not rise very high in her priority list.  Instead, she will be very aggressive in attacking big banks.  Other priorities for the new chair include investigations into Wells and Deutsche Bank, addressing the Equifax breach, protection of the Bureau of Consumer Financial Protection, the Jobs Act 3.0, and flood insurance.  Absent a great deal of confidence for regulatory relief, we are hopeful that we will see some movement on data security issues and maybe even some modernization of BSA/AML in this next Congress.

Despite being in a lame duck session right now, we have seen progress on a new farm bill.  Just last night, top congressional farm bill negotiators said they have reached an agreement in principle on the 2018 Farm Bill.  As you know the existing farm bill has expired.  The Senate and House Ag Committee chairmen said they are working to finalize report language and receive cost estimates from the CBO.  Final details and hopefully a vote will have occurred by the time you’ve read this.  The safety net aspects of a farm bill, not the least of which is crop insurance, are critical to our members and their customers.

Closer to home, the North Dakota Senate will have 7 new faces with 5 Republicans and 2 Democrats.  On the House side, there will be 12 new members with 8 Republicans and 4 Democrats.  Republicans in the state assembly continue to maintain a 116-25 supermajority along with all of the statewide elected officials.  The Organization Session kicks off next week and ICBND will be there every step of the way during the 66th ND Legislative Assembly representing the interests of community banking.

Finally, and most importantly, Merry Christmas and Happy New Year to you all.  Please take time during this busy season to cherish the things that really matter. 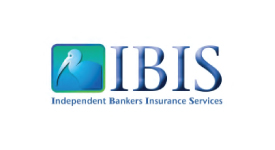 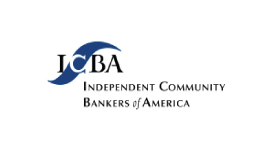